Well it's football time again...the most sought after TV drama will enfold itself tonight. The Indianapolis Colts and the New Orleans Saints will duke it out in front of millions of viewers. I love football...not necessarily professional football, but it will do. Especially during the Super Bowl. I generally like to watch college football because I think it's more exciting because the kids are so excited about the game. I've only been to one college football game, and it was a few years ago when Mark was at Purdue. It was a lot of fun.

Football is one of the topics of conversation with my boys, we talk about some of the plays and commiserate about the bad ones. It's a link I have with my boys...sports. They love the Redwings and follow them religiously when they're playing. They also love the Bears, and debate with their Dad about the Lions. Ben is in Seattle now, so he's interested in the Sea Hawks, and Mark is in Chicago...so he watches the Bears and Blackhawks. In the summer we are follow some of the baseball teams, and of course, Randy & I still follow the St. Joe Bears VS Lakeshore Lancers.

So, what are you going to do this evening? Are you going to watch the game? Or, will you be doing something else? I might stamp/scrap during the game to keep my hands busy because I don't want to place high calorie items in my mouth. I'm still trying to follow my Healthy Living Lifestyle plan. I don't want to destroy it, now. I've been doing pretty good on the plan.

Well, I hope you have an awesome Sunday with family or friends and let the best team win today!

Gloria
Posted by Gloria at 8:19 AM No comments:

Gloria
St. Joseph, Michigan, United States
I'm married to the most wonderful man in the world. I have 4 grown children, 3 grandchildren and Annie, a five year old Golden Retriever and Chow Chow mix. 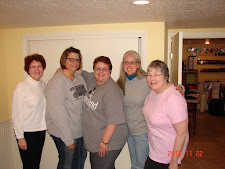 Projects come right to your door!